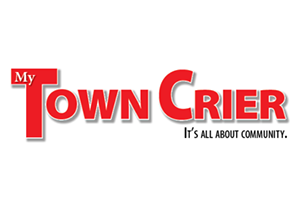 GETTING READY: Prepskills owner Joanna Severino, right, helps Upper Canada College student Seyon Rajadurai, who sought her company’s assistance when applying to his school, explore postsecondary scholarship options he can apply for south of the border.

When Seyon Rajadurai decided four years ago that a transfer from public school into the private school system offered a brighter future, he hedged his bet in two ways.

His first step in charting a new course was applying to three schools: University of Toronto Schools, Crescent School and Upper Canada College. His second was enrolling in two courses offered by Prepskills, a company that helps students prepare for the often-difficult admission tests that can be a barrier between them and their chosen school.

Rajadurai, now 15 and in Grade 10 at UCC, had been in private school up to Grade 3, then enrolled in the gifted program at a neighbouring school closer to his Markham home. But after he “started to fall off track a bit” his family started looking at private schools again.

Enter Joanna Severino, a certified teacher who founded Prepskills 13 years ago following a battle with Hodgkin’s lymphoma, which had forced a change in direction of her own.

“I consider us dreammakers, in a sense,” Severino says with a chuckle. “When a family calls us and indicates their interest in a particular private school, we really ask them to broaden their scope when they can.”

Rajadurai enrolled in both the SSAT preparation course and PrepEssentials. In the end, not only did all three of his chosen schools accept him, but each one offered him a scholarship as well.

After getting to pick among three respected schools, Rajadurai and his mother Kalaselvadurai had a 45-minute consultation with Severino, where he was urged to examine just what he hoped to gain from his new school.

He says he went with UCC for two main reasons: its athletic program (his mother admiringly notes that he’s become a soccer star) and its scholarship, which continues to renew itself provided he keeps his grades up.

While not all educators are ready to apply the “dreammakers” label to the Prepskills model — UTS admissions director Garth Chalmers points to a lack of “empirical evidence” for or against — Andrea Camhi, now in Grade 12 at Toronto girls school Havergal College, says she would “definitely recommend it to other students.”

Camhi was offered Prepskills services through her former Montessori school, along with a group of other Grade 6 students who were applying for admission to middle school. Lessons in writing essays and taking tests, being taught to manage her test time by prioritizing answers and building her vocabulary using flash cards all served to support her application, she says.

Her older sister Rebeca had availed of Prepskills services before her.

Chalmers and other admission directors of local schools remained neutral about the benefits of prep courses. Chalmers emphasized that it’s the school’s policy to neither endorse nor advise families against enrolling their children in a course.

“We don’t have any empirical evidence that any student who goes through a prep course of any kind does any better than they would do if they prepared on their own,” Chalmers said. “To be honest, I advise that parents get a book, do some practice tests… and work between each practice test on whatever went right or wrong.”

“We want to see a couple years of consistently good grades,” McBride said. “We want to see extracurricular involvement, and we place a lot of emphasis on the interview with both the boy and his family.

“We want to see well-rounded students.”