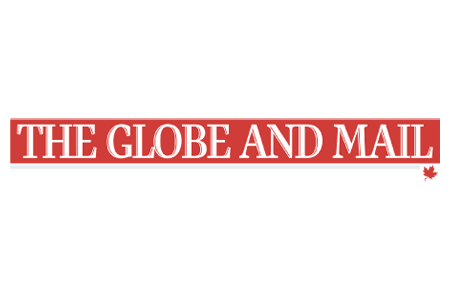 The world’s most prominent university entrance exam, the SAT, is undergoing a major facelift in a bid to preserve the relevance of the century-old standard for measuring readiness for higher education.

Changes announced Wednesday by the U.S.-based College Board, which administers the SAT, are the most high-profile example of a broader re-examination of the way standardized tests measure students’ cognitive and test-taking skills. In Canada, provincial tests in public schools are undergoing changes to better measure softer, less academic skills like creativity, while entrance exams for law and medical schools are perennially criticized.

More than 1.6 million people around the world took the SAT last year – including thousands of Canadians – many of them opening their wallets to a test-preparation industry worth upward of $1-billion annually in the U.S. alone. But the test will be substantially revised by 2016, as critics feared it has become outdated and detached from the realities of modern classrooms, and a rival exam is now proving stiff competition for the gold standard of U.S. college admissions.

On the new SAT, a mandatory essay introduced in 2005 will be made optional, and require students to respond to a close reading of a text. Students will no longer be penalized for wrong answers. And obscure vocabulary such as “sagacious” will no longer be required knowledge.

It will still test reading, writing and math, but aims to tie material more closely to high-school curricula and the skills needed in university classrooms, like analyzing texts and showing a command of evidence. Math problems, which currently span a wide range of areas, will be focused to three, including linear equations. Calculators will be barred for some sections. The new SAT will be available to take on computers, while some test-taking fees will be waived for low-income students.

The revamp is also partly a competitive move, after a rival test, the ACT, surpassed the SAT in total test-takers for the first time last year. Founded in 1959, the ACT has grown steadily more popular over the past decade, and was written by 1.7 million students last year.

“If [the SAT is] not perceived as relevant, you run the risk of fewer universities wanting to rely on it to make use of it. So I think a large part of it is economic,” said Michael Zwaagstra, a research fellow at the Frontier Centre for Public Policy. He noted, for example, that penalizing wrong answers is increasingly rare among standardized tests.

In Canada, some who profit from the SAT say the changes may ultimately prove cosmetic. “I think it’s still a test about how to take a test,” said Joanna Severino, founder and president of Prepskills, which offers SAT preparation courses in Toronto and Ottawa.

And that’s a concern about standardized testing the education sector is trying to change, according to Alberta Education Minister Jeff Johnson. His province is in the midst of reinventing its standardized testing, crafting a new Student Learning Assessment that aims to make the process less stressful for students, but also to measure “key traits and skills” like problem solving and critical thinking.

“There’s continually changes to curriculum, and so there needs to be continual changes to assessment,” Mr. Johnson said. “Those two go hand in hand.”

Still, there is no sign that interest in learning how to ace the SAT is flagging among the thousands of Canadian students who take it each year. Many of them pay anywhere from $900 to $2,400 for expert preparation, and demand is increasing.

Other entrance tests like the LSAT, required by nearly all Canadian law schools, have been criticized for preparing students to excel in school rather than the working world, But experts say LSAT is unlikely to mimic the SAT’s revamp.