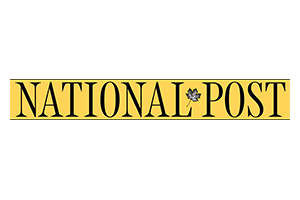 Private schools are facing unprecedented demand as middle class parents, shaken by strife in the public system, vie to enroll their children

It’s a Wall Street scandal to which thousands of Canadian parents can relate: Former Salomon Smith Barney telecom analyst Jack Grubman agreed to change his rating on AT&T stock in exchange for a little help getting his twins into a prestigious Manhattan day school.

As parents get set to battle for next year’s spots — some are paying hundreds of dollars just for the privilege of applying — it’s obvious that private schools are no longer the pampered scions of the elite.

In an era of drastic education spending cuts and acrimonious relations with teachers’ unions, middle class parents with no prior experience of private school, are now fighting to pay up to $20,000 a year for their children to attend them.

“We’ve already expanded our facilities — including three new buildings — over the past five years,” says Jane Baizely, director of admissions at St. John’s-Ravenscourt School in Winnipeg. “We’re adding a kindergarten and other classes now to keep up with demand.

“Not only are the established schools expanding to accommodate growing demand by upgrading facilities and adding classes, but new schools are sprouting up in record numbers.

“There are an awful lot of anxious parents out there,” says Susan Hazell, head of the 74-member Canadian Association of Independent Schools. “They like the idea of public education in principle, but they’re terribly concerned about the reality of funding, morale and class sizes.”

According to the latest data available from Statistics Canada, in 1998/99, one out of 18 children (5.6%) attended a private school. And according to the Edmonton-based Federation of Independent Schools British Columbia and Quebec lead the national average with 8.5% and 9.1% respectively.

The impressive growth of the Mulgrave School in West Vancouver is typical of the trend. It started nine years ago with six students “in a portable on a mud patch,” according the school head, Linda Hamer. Last year, it opened a new 100,000-square-foot facility overlooking the city on a forest-fringed $7.5-million property.

Its 556 students have access to wireless technology and a state-of-the-art library.

“We’ve done no advertising, we’ve grown strictly through word of mouth,” says Ms. Hamer. “The instability in the public system has really shaken people. And they’re responsive to the notion of vision in education.”

Not only is there a widespread, national perception that provincial public education systems are failing, but awareness of the need to compete in a global economy is also contributing to increased demand for private education.

“There’s been a huge societal shift, a re-ordering of priorities,” says Ian Robinson, principal of Sterling Hall, a Toronto prep school for boys which started in 1987. “International competition is very much at the forefront — and there’s heightened focus on the classroom and the quality of education.

That desire to prepare students for a more global field is, for example, reflected in the fact that several Canadian private schools have recently adopted the International Baccalaureate Diploma Program. Created in 1968, it’s a curriculum that has created an international standard for testing and measurement of student performance.

The schools themselves are also increasingly diverse in the composition of their student bodies — a conscious drive on the part of admission boards. Uniforms are adapted, if necessary, for certain religions. And greater financial assistance is available in the form of scholarships and endowments for students from less privileged backgrounds.

“It’s a misconception that it’s all about wealthy, white kids,” says Ms. Hazell. “Parents are making real financial sacrifices to pay school fees — and immigrant parents in Canada are especially concerned about improving their children’s opportunities through education.”

Those opportunities come with a hefty price tag — despite varying levels of provincial government subsidy. It typically starts with an application fee of about $150 per school. In addition to annual dues of about $15,000, parents are commonly required to make an upfront capital commitment to the school.

At Mulgrave, they are required to invest in debentures issued by the school to fund its recent expansion.Brentwood College School in British Columbia levies a $750 registration fee.For each of their first two students enrolled in the Halifax Grammar School, parents must purchase a $3,500 non-interest bearing bond.

At Sterling Hall, a $650 Working Capital Deposit is required upon admission.On top of that, parents are also expected to contribute annually to ongoing campaigns to raise money for endowments and other capital projects. According to Mr. Robinson, Sterling Hall recently raised $3.5-million from parents and alumnae to upgrade its facilities on land that it doesn’t even own.”

The average parent looks at the fees and says there’s no way they can do it financially,” says Gary Duther of the National Federation of Independent Schools. “But the minute they perceive their child is suffering, they don’t hesitate to make the necessary sacrifice.”

Once parents overcome the sticker shock for a private education, there’s no guarantee that their children will be accepted at the school of their choice. Mr. Robinson notes that earlier this year, applications for grades one and three at Sterling Hall were closed when there were 60 applicants for 14 and eight spots, respectively.

At Branksome Hall, a girls’ school in Toronto, there were about 40 applicants for 14 spots in the junior kindergarten class run by the legendary teacher, Sally Medland.

Applications must be on file about a year in advance, and most of the schools admit new students only in certain “intake years.”

While testing may vary from school to school (some use the standardized secondary school admission tests (SSATs), others have devised their own tests), a personal interview with parents and prospective pupils makes the process highly subjective.

“Admission committees are accepting not just a student but a whole family,” explains Susan Hazell, a veteran of both Bishop Strachan School in Toronto and Lakefield College School in Peterborough, Ont.

“They have to make sure that it’s a good fit with the school community, that the student will contribute to making a good class overall.

“While the subjective elements of the equation may be beyond parents’ control, they seldom take chances with the academic tests. PREPSKILLS INC., an educational service that caters exclusively to helping students pass the admission exams to private schools. PREPSKILLS helps students know what to expect and how to take the test.

Most of the children she coaches are about 10 years old, and their parents often start the drills a year in advance of the tests.

“Competition for entrance at the best schools is very intense,” according to PREPSKILLS. “Parents want to make sure they give their kids every possible edge.”

Despite the current focus on private schools, Mr. Duther says that demand tends to ebb and flow. He says that in Alberta during the 1980s, there was a perceived erosion of moral values in the the public school system that gave rise to charter schools and religious schools. In the early 1990s, the focus shifted more to academic criteria, which altered the mix again. Now, budget cuts have placed the focus on academics and extra-curricular activities.

“It’s always a function of the perception of what need isn’t being met in the public system,” he adds. “The independent schools are the bellwether, they set the standards because they are small and flexible and they can innovate.”

And so, it seems, can the desperate parents — like Jack Grubman — who want to ensure their kids are in on the action.

TOP OF THE CLASS: